The Later Life Lending Network, the specialist equity release & later life lending arm of The Right Mortgage & Protection Network (TRM), has today (29th March) announced a partnership with Answers in Retirement Group (AIR Group). AIR Group is a collective of companies covering a range of retirement and later life services, all of which are now available to the networks’ later life advisers.

As part of this this new partnership, TRM members will be provided with an exclusive white-labelled version of AIR Group’s award-winning sourcing system, AIR Sourcing. The sourcing system covers all available equity release and retirement lending products, whilst building a compliance audit.

Currently, TRM has close to 50 later life advisers operating within The Later Life Lending Network but they aren’t looking to stop there. TRM seek to grow their presence even further within this innovative product sector; this new collaboration with AIR Group will allow the network to offer its members a range of enhanced opportunities, support, resources, products, expertise and technology, specifically for those advising older customers.

“During our discussions with Martin and the team at TRM, it became very apparent that a clear objective was to support and develop bespoke training for TRM members to allow them to be at the forefront of the sector. This was coupled with a requirement for a simple to use sourcing tool that covers all equity release and RIO providers, allowing detailed filtering. We are delighted to have been able to provide this solution with access to our range of training courses, our later life expertise within the group, and a white-labelled version of our award-winning AiR Sourcing with full API functionality. We are looking forward to working with TRM and its management team to greatly broaden the network’s offering to its later life advisers.

“We launched The Later Life Lending Network last year to show how serious the network is about the equity release industry. Our partnership with AIR Group helps us in providing our membership with the best possible tools to help them grow their businesses. We look forward to growing our relationship with AIR Group in years to come.”

“AIR Groups solution is great for our members; they not only supply an easy to use and intuitive sourcing system, but also a robust training programme that sits alongside it.”

What our members say

Like the friendly can do approach, keep it up!

What a breath of fresh air! Fantastic positive attitude!

Straight forward and organised, friendly and willing to help.

It is like a good old Network, very personal level of service.

I now look forward to coming to work again. 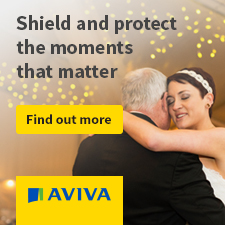 The Right Mortgage and Protection Network

The Right Mortgage and Protection Network

Using a Satnav? Please use postcode: B93 0NN to locate the office when visiting.

Like the friendly can do approach, keep it up!

My experience with TRM so far has been excellent I can’t tell you how much you guys have lifted me since March. The positive approach shown by everyone to get the business on and to get the commission paid is up lifting. What a breath of fresh air, great Network and fantastic positive attitude.

It is like a good old Network, very personal level of service.

After being an advisor regulated by the largest 2 networks in the UK for the last 12 years, I have so far found The Right Mortgage to be “a breath of fresh air” in comparison. I have contacted several departments for help during the course of setting up my business over the last 2 months and in all cases had a fast, pleasant and efficient response, making me feel that I have finally found a company that DOES care about its advisers.

Robert Leach, Adviser
We use cookies to ensure that we give you the best experience on our website. If you continue to use this site we will assume that you are happy with it.OkRead more